Steven P. DenBaars, UC Santa Barbara professor of materials and of electrical and computer engineering, has been chosen by the American Association for Advances in Functional Materials (AAAFM) as one of two recipients of its 2021 AAAFM-Nakamura Award. Named for Nobel Prize winner Shuji Nakamura, also a UCSB professor, the award recognizes “an outstanding scientist in the field of functional materials who has made significant contributions and whose work shows significant innovation in the field.” UC Berkeley professor of chemistry Omar Yaghi was also selected.

“I am very honored to receive this award for my contributions to functional materials, especially III-nitride semiconductors, and also because it was named after my esteemed colleague,” said DenBaars, who was unanimously chosen by the AAAFM-Nakamura Award committee from “among many exceptional nominations.”

“The department is very proud of the recognition for Professor DenBaars’s many contributions to the development of gallium nitride light-emitting devices that impact our daily lives,” said Michael Chabinyc, chair of the Department of Materials at UC Santa Barbara.

As the term implies, functional materials are those that have properties that enable them to perform specific functions, such as magnetism, energy storage or thermoelectricity, to name a few. DenBaars is recognized for his “pioneering work” with gallium nitride (GaN) — a highly efficient and high-performing semiconductor material that is the foundation of energy-efficient lighting, micro-LED displays, power electronics and nonpolar and semipolar laser diodes. Its efficiency and ability to withstand higher voltages and temperatures make it an ideal building block for power-saving electronics and versatile solid-state lasers, and it has already been embraced in the lighting, photonics and electronics industries.

In addition to his expertise with gallium nitride and its fabrication, DenBaars, who joined the UCSB faculty in 1991, is a seasoned entrepreneur, bringing to the market the various powerful, versatile and energy-efficient technologies that can be built on GaN. In 1996, along with fellow GaN expert Umesh Mishra, he co-founded Nitres, Inc., the first gallium nitride LED startup in the United States, which was acquired by Cree, Inc., in 2000. In 2008, with Nakamura and colleague James Speck, he co-founded Soraa, Inc. to commercialize LED lighting. Also with Nakamura, as well as UCSB alum James Raring and collaborator Paul Rudy, DenBaars in 2013 co-founded SLD laser to pioneer blue lasers and laser lighting products, growing the company to more than 150 employees before it was acquired by Kyocera Corporation in 2021. DenBaars is currently on the board of directors of Akoustis Technologies, a company founded by UCSB alumnus Jeffry Shealy to improve 5G wireless signal quality and enable the Internet of Things through the use of radio frequency filters.

A fellow of the National Academy of Inventors, the National Academy of Engineers, and the Institute of Electrical and Electronics Engineers (IEEE), DenBaars has been the recipient of the IEEE Photonics Society Aron Kressel Award (2010) alongside Professor James Speck. He has also been recognized with the Pacific Coast Business Times Spirit of Innovation Award (2021) and the International Symposium on Compound Semiconductors’ ISCS Award (2021). He co-directs the Solid-State Lighting and Energy Electronics Center at UC Santa Barbara.

DenBaars will receive his award and deliver a lecture at the AAAFM-UCLA Conference on Functional Materials, to be held virtually in August. 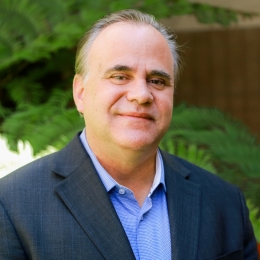