Ever since the hub of ingenuity we know today as the Solid State Lighting and Energy Electronics Center (SSLEEC) opened in 2001 (as the Solid State Lighting Display Center), a group of highly collaborative scientists has been pushing the limits of materials science to develop pivotal semiconductor technologies. Many are patented and now provide indispensable functionality in a wide array of consumer products. The research ties the center to the future while building on the UCSB past and, particularly, the work of Emeritus Professor Herbert Kroemer, whose pioneering research on the use of heterostructures in semiconductors helped launch the Digital Age while earning him a Nobel Prize.

Equally important as the work itself is ensuring that valuable new products and technologies make it to the marketplace where they can positively impact the world. As of 2016, the center had received 105 issued patents, and was party to 30 licensed patents to partnering companies, with more than 25 of those issued for products related to light-emitting diodes (LEDs) and laser diodes. SSLEEC papers have been cited more than 12,000 times.

“SSLEEC brings particular pride to UCSB engineering and the sciences based on the prowess of its faculty and researchers, and the many breakthroughs that have resulted from their efforts,” says Rod Alferness, dean of the College of Engineering and a member of the SSLEEC Board of Directors. “The center stands for so much of what we value most at the College of Engineering and at UCSB as a whole: cutting-edge science, both fundamental and applied; creative, long-term collaborations involving researchers from multiple departments and disciplines; and a dedication to training graduate students who are ready to lead. SSLEEC has had a great deal to do with the Materials Departments’ being rated consistently as the top such program at any U.S. public university, and one of the top five programs among all universities.” 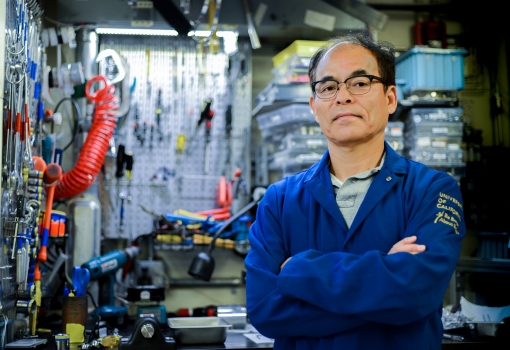 Gallium Nitride: The Material that Made the Difference

UCSB College of Engineering professors Steven DenBaars, Umesh Mishra, and James Speck began working with gallium nitride (commonly referred to as GaN) as a semiconductor in 1993, but at the time, funding for such research was largely unavailable because, as DenBaars recalls, “GaN was thought to be useless as a semiconductor.” 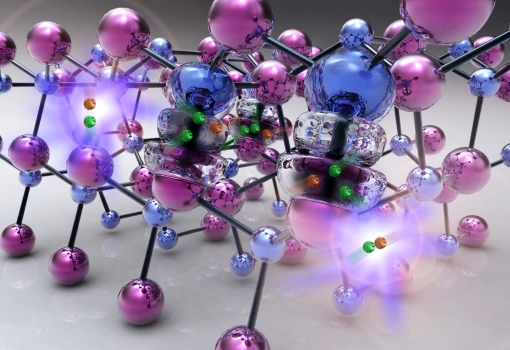 Breakthrough-yielding laboratory experiments are pursued in parallel with a foundation of theoretical work that informs and guides them. Theory can suggest promising pathways and indicate that others might be dead ends. Professor Chris Van de Walle, who works in computational material science, has spent his thirteen years at UCSB laying the theoretical track to deliver such scientific payloads at the SSLEEC. 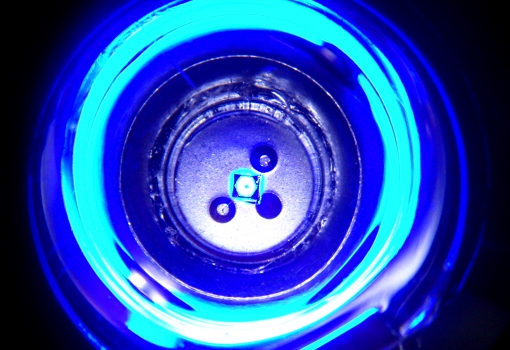 A blue LED glows at the center ofa cone encapsulant.

In the early 1990s, few people were thinking about semiconductors as a lighting source. Red LEDs were being used as traffic lights and as power-indicator lights on electronic equipment, but lacking blue and green, the path to pervasive LED lighting was hard to see. Infrared was the source of long-wavelength communications used for the internet and for telephone connections, so, accordingly, early semiconductor work was communication-driven. 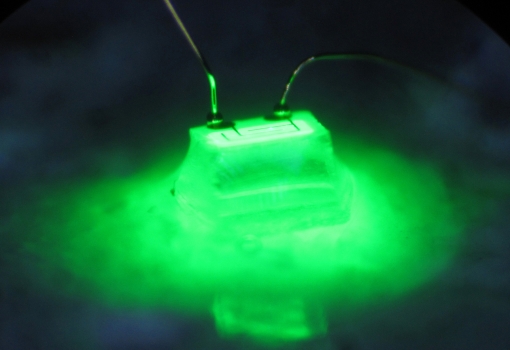 It seems straightforward enough: materials are combined according to a precise recipe to make a semiconductor light-emitting diode (LED), a current is run through it, and light is emitted. But it’s not as simple as that, mainly because it is extremely difficult to achieve high levels of efficiency in converting electricity to light in an LED. 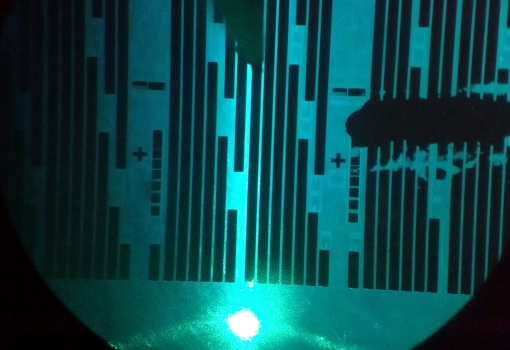 A series of edge-emitting laser structures

In the early 1990s Steven DenBaars began an effort that culminated in 1997, when UCSB became the first university to secure a gallium nitride (GaN)–based laser diode. It was only the fifth such device in the world. The vision was to use it to improve Blu-ray laser technology and then to develop portable laser TV projectors, which, he said in 2017, “We’re still working on twenty years later.” 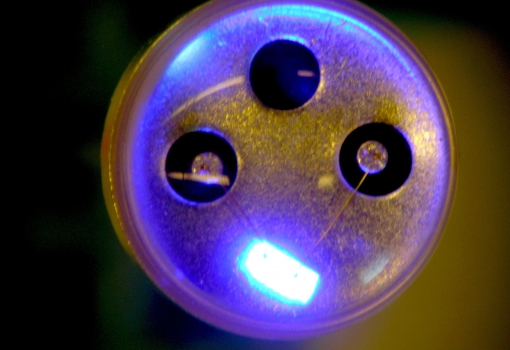 An LED is the sum of many parts, and one key component for generating all-important white light from an LED is the phosphor. The phosphor — which has nothing to do with the element phosphorus — is a material that is applied over the surface of the blue LED. When the blue light source hits the phosphor, some of it is transformed to appropriate complementary colors that enable the totality of the emission to appear white. 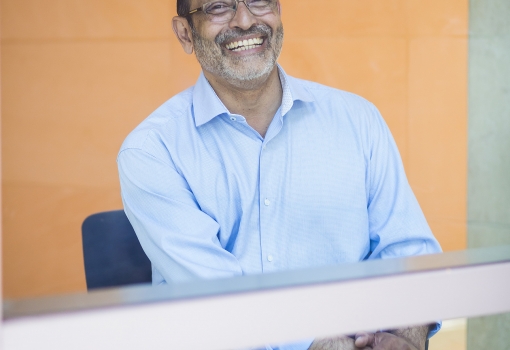 Speaking in 2017, Professor Umesh Mishra (Electrical and Computer Engineering) predicted that twenty years from then, twenty percent of all vehicles on the road would be electric. “When the price of solar panels dropped, solar energy took off,” he said. “When the price of batteries in electric vehicles (EVs) drops, they will take off, especially in Brazil, China, and India. EVs and the Internet of Things will be the biggest growth industries in electronics.” 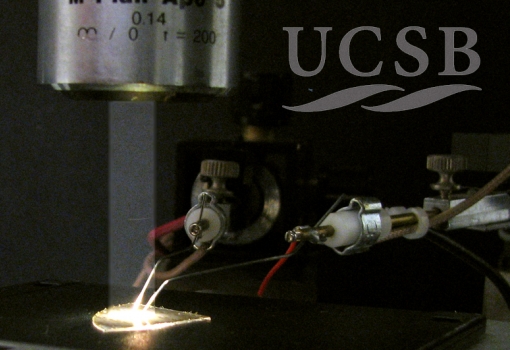 One key to the success of the Solid State Lighting and Electric Energy Center (SSLEEC) is its unique operating model. SSLEEC receives no funding from government, foundations, or private individuals; instead, every dollar comes from an ever-evolving, rotating consortium of industry partners. Those partners receive unique benefits in return for their support and provide many to the center as well. 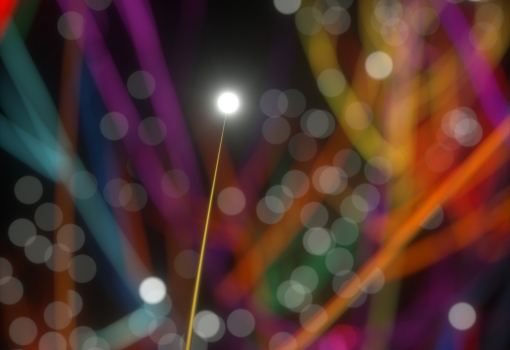 Fiber-optic cables allow data to travel around the world at the speed of light. But according to SSLEEC collaborator John Bowers, professor in the Department of Electrical and Computer Engineering and director of the UCSB Institute for Energy Efficiency, “As we move from a tethered existence, in which computers are tied to the wall with Ethernet cable, to an untethered, wireless existence, another chapter is emerging in the story of light and data transmission.”